Is Remediation Fixing Our Kids…Or Breaking Them?

Is Remediation Fixing Our Kids…Or Breaking Them? 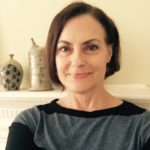 Is Remediation Fixing Our Kids…Or Breaking Them?
By Suzy Pepper Rollins

If we could just fix our kids by plugging every hole from the past… they’d be just fine.

That’s the premise behind remediation, the whole scale re-teaching of missed skills. So, we attempt to reteach every skill they missed. We rework fractions and decimals again. Reteach parts of speech and punctuation and order of operations and multiplication tables again. These academically vulnerable students move backwards again and again as their peers move forward. And then we wring our hands about the number of students with gaps.

This remediation process typically begins with a pretest, a sound practice in many scenarios. Except that the students with the most gaps are now moved the farthest back in the skills maze. Will they ever reach the cheese? Probably not.

Plus, academically vulnerable students have likely been grouped together now so that not one learner in the entire class appears to be proficient in the subject. This certainly sets up challenges for differentiated instruction and student self-efficacy. How do we group a classroom full of students with similar deficiencies with stronger students when there are none available? Whatever shiny name we attach to this class, every student in there knows they are now in the “remedial” class.

Remediation is a practice that may feel right; in fact, I used to go along with the crowd on it. Until I examined our data for students scheduled in a second math class that followed the “plug the gaps” model. A panic fell over me as I realized that, as a group, they had lost ground. How do you tell a student who’s been enrolled in two math classes that she is now in worse shape? How do you begin a parent conference with, “Apparently, we have somehow sucked information from your child’s head?”

Here are just some of the reasons to rethink full-scale remediation:

Are current practices to close gaps inadvertently leaving students behind? Quite possibly, yes. If the same names appear on lists requiring remediation, are we really closing gaps?

Acceleration is a process in which we jumpstart academically vulnerable students on new content just in time for new learning. These learners are going to be moved a day or so ahead of the class. Remediation is present, but with a laser-like focus on just the skills required for the new content. Scaffolding devices, such as bookmarks and cheat sheets will be pushed in, so that students are armed for success. The best part is that learners explore the new content and upcoming vocabulary. This might include a video on crustaceans, a scavenger hunt exploring perimeter, or a sort on integers. When the core teacher announces, “Today, we’re going to talk about something called perimeter,” acceleration class students have just enough prior knowledge to spark hands in the air. “Hey, I know something about that!”

Acceleration gets under the hood of student failure. It strategically addresses three issues: gaps in prior knowledge, vocabulary, and skills. But it’s in the context of a fresh start for kids with an emphasis on supporting today’s learning. The essential role that prior knowledge plays in enhancing learning is firmly supported in a wealth of research.

Conversely, evidence supports that the absence of prior knowledge can make learning something new frustratingly difficult. These missing pieces can create a misfire for students – the connections don’t get made. Acceleration provides just enough prior knowledge to latch on to new content.

Active, hands-on, scaffolded, engaging, and focused on learning targets – these are descriptors of an accelerated approach. And while some practice is warranted during acceleration, sessions are largely sans worksheets or computer screens.  From my own experiences and in working with districts to implement acceleration, here is the process that I share:

Not long ago, a principal from an urban school with a large number of economically disadvantaged students called me. Her words: “I’m tired of pouring money into remedial programs and not seeing results.” Her staff was ready to try an accelerated model. Just a couple of months into implementation, she couldn’t wait to share her benchmark gains. More important to her, however, were the changes observed in her students’ self-efficacy.  They were more engaged and working harder.

Another principal with similar positive results added this wonderful component: students being accelerated were morphing into classroom leaders. Any why not? They were walking into class armed with advance knowledge of new concepts, including critical academic vocabulary. An unexpected turn for her: a student who she deemed “caught up” wrote her a letter asking that he NOT be taken out of the acceleration class… when does that happen with remediation?

Rather than pounding away at a students’ not-so-great-academic past, acceleration can provide a fresh start for students. This approach is about what a learner can accomplish today on this lesson. Remediation is still being provided, but it’s in the context of what learners need right now. And yes, there may be some isolated skills they missed that won’t be revisited again and again and again. Guess what? They’ll survive. (They may not survive hating school.)

Acceleration might just be a match for your academically vulnerable learners.

Because “fixing” our kids by beating them down with every single thing they never got just might be what’s breaking them.

Suzy Pepper Rollins is the author of two ASCD books: Teaching in the Fast Lane and Learning in the Fast Lane.  She’s also the founder of Math in the Fast Lane, a 3-8 approach that blends tech use with hands-on learning. Free trials are available at mathinfastlane.com.  She has provided many free downloads for educators on her MyEdExpert contributor page.

Myths of Gifted Children By Todd Stanley There is a myth that surrounds the gifted child. A lot of these…

Introduce yourself and your program
Your information will never be shared or sold to a 3rd party.